Henry David Thoreau leaves the seclusion of Walden Pond to help investigate a series of murders in the first in B. B. Oak's fascinating new historical mystery series, set against the bucolic backdrop of 19th century New England.
The lush, overgrown banks of Massachusetts's Assabet river are the ideal place for Dr. Adam Walker to find coveted medicinal plants for his remedies. But on one balmy August morning he finds something very different. A stranger, identifying himself as Henry David Thoreau of nearby Walden Pond, approaches and entreats Adam to accompany him upriver. He has discovered the body of a young black man at the base of the cliff known as Devil's Perch. As they examine the broken corpse and the surrounding scene, both men become convinced that the unfortunate victim was dead long before he fell. Yet the coroner's jury insists otherwise, dismissing the matter as an accident.
Angered by the injustice, Adam and his lovely cousin Julia Bell agree to assist Thoreau in investigating. Adam notes in his new friend all the makings of a great detective--an encyclopedic knowledge of the natural world, uncanny observational skills, a sharp instinct for detecting human foibles. As the case progresses, the mysteries only deepen and there is no mistaking the brutal slaying of a womanizing army captain as anything other than the coldest murder. Journeying from their tranquil village to Boston's most disreputable district, they gradually uncover the monstrous truth--even while a vicious killer prepares to end their inquiry for good... 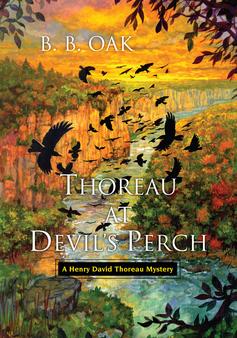 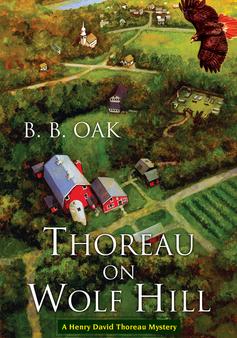 B. B. Oak Historical Mystery Books

Thoreau had all the makings of a great crime solver - the analytical skills of a surveyor, the observational skills of a scientist, a photographic memory, and a passion for collecting arcane information.  His instinct for detecting human foibles was razor-sharp and he had a heart-felt sense of justice.  And like most legendary detectives, he marched to his own drummer.

"Enjoyable...Walker is an able Watsonian sidekick to the Holmes-like Thoreau, and the solution is even cleverer than the previous book...Thoreau is... erudite, eccentric, waxing philosophical about his love of nature, and a natural detective. "
Publisher's Weekly

"Provides plenty of vividly presented historical information on the Underground Railroad and Thoreau's world in the 1840's."
Kirkus Review

"This is a well-constructed murder mystery set in 1840s.  Thoreau is residing at Walden Pond...his character is nicely presented: dignified, thoughtful, humorous, and... ever as observant and deductive as Sherlock Holmes himself... Oak writes very well, the characters are solid and interesting, the victims and suspects are well-matched and not easy to determine...There is a good sense of the times and the life of simple but smart people living in rural Massachusetts... It was really quite a page-turner, and I stayed up pretty late one night to finish it off!"
The Historical Novels Review

"The Oaks create a scenario so believable, many will agree that Henry David Thoreau could have rivaled the greatest detectives...Mystery fans will have their powers of observation tested against that of Thoreau, the American version of Sherlock Holmes.  And... if Thoreau is Holmes, then star-crossed lovers and narrators Adam, and his cousin, Julia, are Watson.  There is something here for everyone.  Most of all, it contains a very enjoyable, well-written story utilizing uncommon characters that will create fans for books to come."
D. A. Kentner, Gateway Publications

The winter of 1847 has brought a consumption (tuberculosis) epidemic which is devastating the village of Plumford, Massachusetts.  In an atmosphere of increasing hysteria and superstition, country doctor Adam Walker and philosopher Henry David Thoreau seem the only voices of reason.

The winter also brings two visitors to Plumford.  Solomon Wiley hails from Rhode Island and offers his services as a vampyre hunter, insisting that the scourge is supernatural in origin.  At the same time, Adam's cousin Julia has returned home from France, mysteriously without her new husband.

When a former student of Thoreau is found mutilated and drained of blood in the woods, Wiley insists that a legendary Indian vampyre has arisen.

Dismissing the blustering fearmonger, Thoreau and Adam follow clues to the backstage world of a Boston theater, the smoky decadence of an opium den, and an Indian burial ground.  Both men will need to keep their wits about them - or risk ending up in coffins of their own... 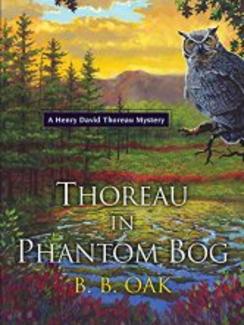 In the spring of 1848, Thoreau returns to Plumford, Massachusetts, in search of a fellow conductor on the Underground Railroad, who has gone missing along with the escaped female slave he was assigned to transport. With the help of his good friend, Dr. Adam Walker, Thoreau finds the conductor—shot to death on a back road.

When the two men discover that Adam’s beloved cousin Julia has given the slave safe harbor, their relief is counterbalanced by concern for Julia, who has put herself in grave danger. Another conductor has been murdered in a neighboring town and a letter has been found from someone claiming to have been hired to assassinate anyone harboring fugitive slaves. With all of them now potential targets, the need for Thoreau and Adam to apprehend the killer is more urgent than ever…